Reutlingen, April 26, 2012. Manz AG will show new equipment for wet-chemical processing of crystalline silicon solar cells at SNEC 2012 fair in Shanghai this May. Purpose of the tool named IPSG CEI 4800 is to remove the highly doped layer from the backside and the edges of a wafer and thereby produce a chemical edge isolation (CEI). In a second process step the remaining phosphor silicate glass (PSG) layer on the front side of the wafer that was created during the previous diffusion process step, is removed. “With our new wet-chemical tool we really close the gap in the PV processing chain previously uncovered by Manz”, says CEO Dieter Manz. The newly developed soft sponge roller process concept enables faster inline transportation speeds and ensures at the same time higher process stability combined with gentle wafer handling.

As the name of the new tool implies, throughput will be high at up to 4800 w/h. The machine will be sold as a bundle with the Manz SpeedPicker for loading and unloading. Manz will follow up in its drive to become a full-process equipment supplier with new vacuum coating equipment in September and a new texturing tool soon.

Manz will produce the IPSG CEI 4800 in its new Suzhou fab which will be opened the night prior to the SNEC fair opening, on May 15, 2012. This new fab will provide German quality at local prices on 16.000 square metres of factory space, based on the company’s 20 years experience in wet-chemical processes. 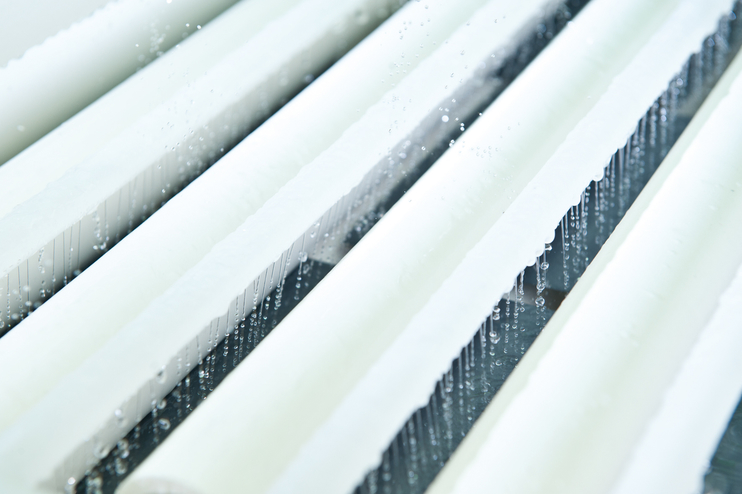 PSG removal process: Removal of the remaining PSG layer on the front side of the wafer.